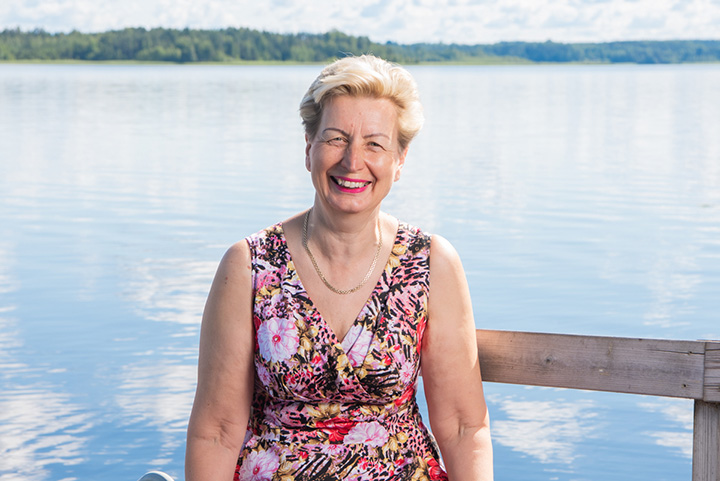 I left my roots Jouhkola, a village in Tohmajärvi, Finland in 1981 to conquer the restaurant world. My first career move, into the realm of hotels and restaurants, lasted from 1981 to 1999. My second career as an entrepreneur, lecturer and trainer began 1999.

I attended a hotel and restaurant school in Porvoo and received my bachelor’s degree in Hospitality Management from the Haaga Institute in Helsinki. After graduation I worked in Germany for the Best Western hotel chain and for Germany’s largest catering firm: Käfer Party Service. For a couple of years, I was involved in organizing events that can only be dreamt of in Finland.

After returning to my homeland, I was a sales secretary for an Espoo catering firm called Ruokalähettiläs Oy. We set up tables using the wildest ideas: hay bales, crystals, barbed wire, lattice netting and so forth!

Next, my journey took me to Sodexho, a food services company, as a restaurant manager, and from there to Hotel Inter-Continental as a banquet manager. Again, I was involved with amazing projects, such as President Clinton’s visit to Finland.

My final job in the restaurant industry was general manager for Finlandia Hall’s restaurant until 1999.

I also went to school in Finland to be a nutritionist and completed a variety of courses related to nutrition in Germany.

As an entrepreneur, I creatively combine healthy recipes with the visual look of the restaurant world, while also taking into account the hectic lifestyle of the modern man.

I am, by nature, outgoing and positive, armed with a life-affirming attitude. I lecture passionately and adjust my performance to the point where it can even take on traits of stand-up comedy.

I bring up matters in a very practical way, so that the listener can take what works for them. I combine the new and the old in a fresh, catchy way.